LG has launched an initiative to salute the spirit of the Indian soldiers to commemorate Army Day, celebrated on 15th January every year! 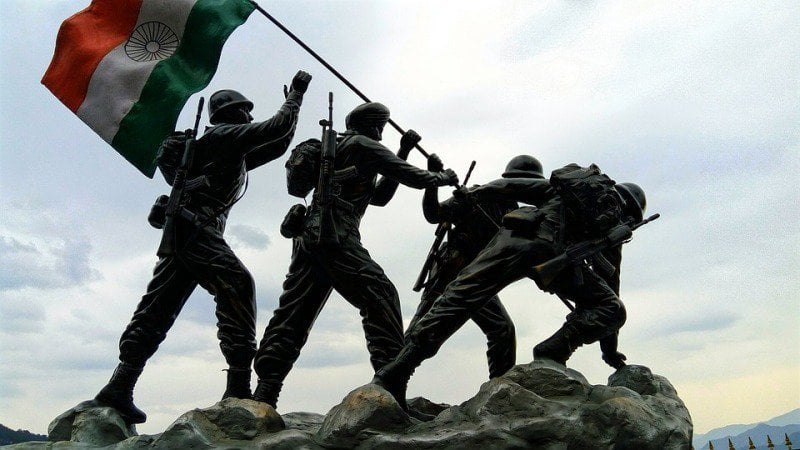 Nation’s consumer durable major, LG Electronics India is going to celebrate the 69th Republic Year of the country, with the launch of the #KarSalaam initiative, dedicated to the Indian soldiers, today.The campaign invites the whole nation to come forward and send their wishes to the Indian Armed Forces. Last year also, LG Electronics India launched this campaign and contributed INR One crore to CRPF Welfare Fund. A Guinness record was also made for “the longest line of sticky notes”. These sticky notes were collected from across India where people wrote messages for the armed forces.

Through this initiative, LG will salute the soldiers’ spirit of selfless contribution and service towards the nation. Accordingly, the company will extend their support and solidarity to our soldiers who play a great role in ensuring that we lead a fearless and good life in this country.

Commenting on the campaign Mr. Rahul Tayal- Director Strategic Business said, “Last year response for Kar Salaam campaign was overwhelming. Continuing this great initiative, we would like to again invite people to express their feelings and gratitude for armed forces through digital and offline platforms. As a part of this nationwide campaign, LG Electronics will contribute a range of products to the martyrs’ families.”

At the launch of this campaign, Mr. Amit Gujral, Head- Corporate Marketing LG Electronics India said, “We have received a tremendous response for #KarSalaam last year, wherein it truly touched peoples’ hearts.  This is a small step on behalf of LG for all those brave souls who are working extremely hard to keep our country and its citizens safe and secure. Kar Salaam is a platform to bring together the citizens of India to express their gratitude to our soldiers. The selfless devotion our armed forces calls for salutation and what could be a better occasion than this Republic Day. We invite everyone to pour their heart out and leave no barriers crossed to reach out to them. Let’s celebrate heroism, patriotism and a good life!#KarSalaam.”

LG will reach out to citizens through radio, on the ground and digital communication to capture the video wishes of the citizens of India for the soldiers. The company also plans to invite people through social media platforms and encourage them to #KarSalaam(express their gratitude to the soldiers). All the citizens are invited to post their wishes for soldiers on www.lg.com/in/karsalaam.

LG also seeks participation from the families of the soldiers to send their heartwarming messages to their near and dear ones, who brave all odds to protect our country.

nice way to show our gratitude towards those who gave their life to save us..

Every message counts. Every line written or said on behalf of the soldiers matters. We can never thank them enough for their sacrifice. They are some of the most honest selfless people i have ever seen.

Without the brave efforts of all the soldiers, sailors, airmen, and marines and their families, this Nation, along with our allies around the world, would not stand so boldly, shine so brightly and live so freely.