Hello Bollywood Junkies!! Well while so many things are going on in Bollywood, You can’t simply ignore the recent battle: KANGANA Vs KARAN!!

We all do know about the little controversy going on between Kangana Ranaut and Karan Johar!! 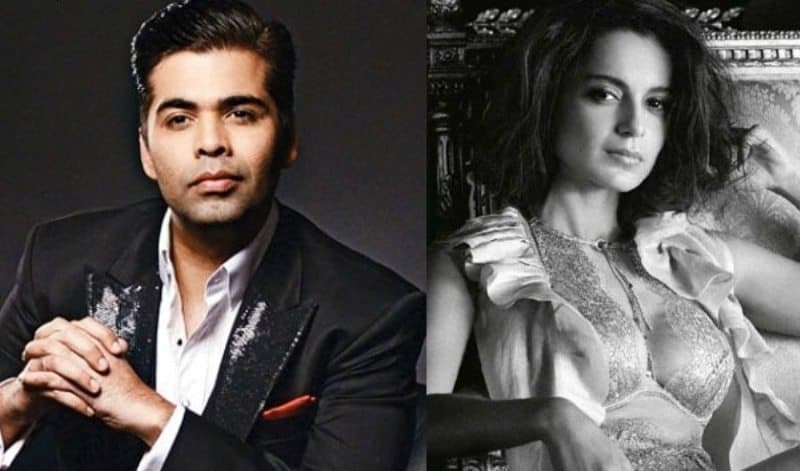 It all began on the recent episode of Koffee with Karan. Kangana has always been in the news for her “badass” character, isn’t she?

(Well, I think we do require such “badass” actresses in our industry!! Don’t you?)

The ‘battle of sexes’ is far from over!

Kangana had made some comments on Karan- calling the filmmaker “snooty flag-bearer of nepotism” and “movie mafia” on his show.

While Karan took all of it with a sip of coffee and said nothing more, he could not stay quiet for long! He said that he was gracious enough to let Tanu weds Manu actress, Kangana speak her mind on his chat show but now, he won’t stay quiet. He said that he is done with Kangana playing the “women card” and the “victim card”. He added-“You cannot be this victim at every given point of time who has a sad story to tell about how you have been terrorized by the bad world of the industry, leave it”. 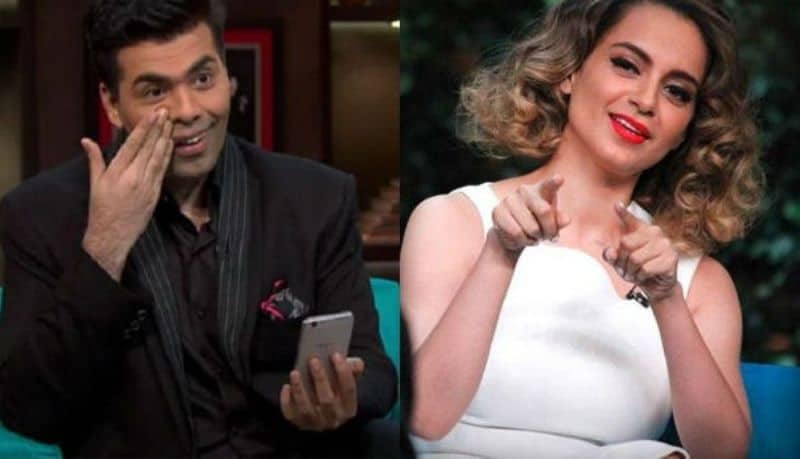 Also, he was accused of “Nepotism” by Kangana and to this, he said- “She was my guest and I had to hear what she had to say. She has a right to have an opinion. When she says ‘Flag bearer of Nepotism’, I just want to say her, I am glad she knows what it all means. I don’t think she has understood the entire meaning of the term.”

Kangana will definitely not let anyone terrorize her!! Let’s take a look at what she said to Karan:  “I use every card possible. At the workplace, it’s the badass card to fight cutthroat competition. With my family and loved ones, it’s the love card. When fighting the world, it’s the dignity card, and for a seat in a bus, it’s the woman card. What is important to understand is that we are not fighting people, we are fighting a mentality. I am not fighting Karan Johar, I am fighting male chauvinism.”

Also, She advised Karan to give his new born daughter Roohi all these cards saying, “Now that Karan is the father of a little daughter (Johar became a single parent of twins, who were born through surrogacy last month), he should provide her with all these cards — the ‘woman card’ and the ‘victim card’, as also the ‘self-made-independent-woman card’, and the ‘badass card’ that I flashed on his show. We will use whatever we need to ensure no one rocks our boat.”

Also, replying to what Karan said about her leaving the industry, “Bollywood is not a studio given to Karan by his father. The industry belongs to every Indian and is highly recommended for outsiders like me whose parents were too poor to give me a formal training. I learnt on the job and got paid for it, using the money to educate myself in New York. He is nobody to tell me to leave it. I’m definitely not going anywhere, Mr. Johar”

Well, we are with you Kangana. You are talented and a blessing to the Indian Cinema!! Bollywood does require a strong and confident woman like you! 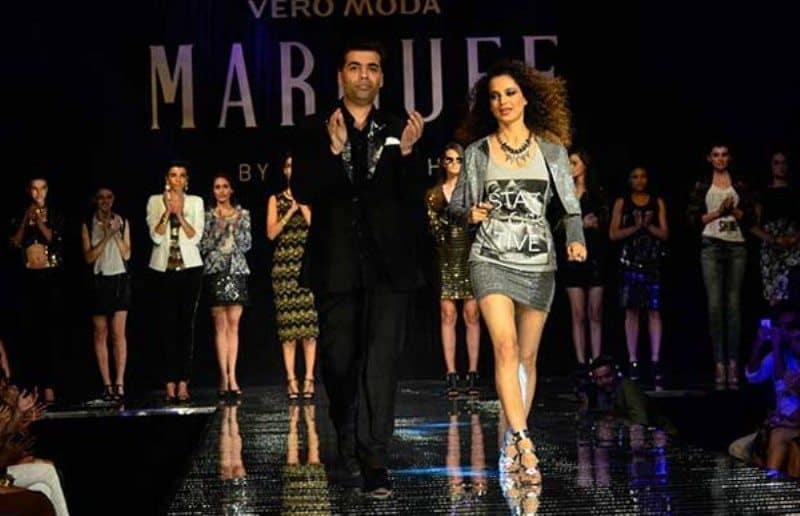 Somehow I am partial to Kangna B-)