Home ReviewsBeauty 21 Most Expensive Flowers in the World
Beauty

21 Most Expensive Flowers in the World

Most Expensive Flowers in the World: Flowers have always been every girl love. Girls fall for flowers and thus every man expresses his love to his girl by gifting her some flowers, every time he meets her.

Hello readers, I am back with a very interesting article for today, which I hope you all love since I know you will fall in love after looking at each breed of flowers available on the Earth. It is the beauty of nature which has been enhanced due to the growth of such kind of flowers and some of these are not affordable.

I know you all love flowers but beware!! Do not ask your boyfriend or family to buy these for you, since you may become bankrupt after you buy these!!! Have a look at this one by one and enjoy reading the facts. Most of the names of these flowers are unknown to a common man but you can remember these now! Go on!

The most expensive flower in the world is this one. The Kadupul flower is a native of Sri Lanka, a species of the cactus. This breed of flowers grows very infrequently, maybe once a year. This flower is said to be priceless and cannot be afforded by any individual. This flower cannot be picked without doing any damage to it. This flower often dies at the moment it is plucked up from its plant. It is often named as a flower from the heaven, Queen of night and Dutchman’s pipe. Its called Brahma Kamal in India and blooms only in the night.

The flower is a mix of yellow and white tinge and can only grow up to thirty centimeters in length. There are two varieties of such flowers available in Sri Lanka as of now. The plant possesses leathery leaves and witnessing this flower grow has almost become very rare, even to the locals present there. 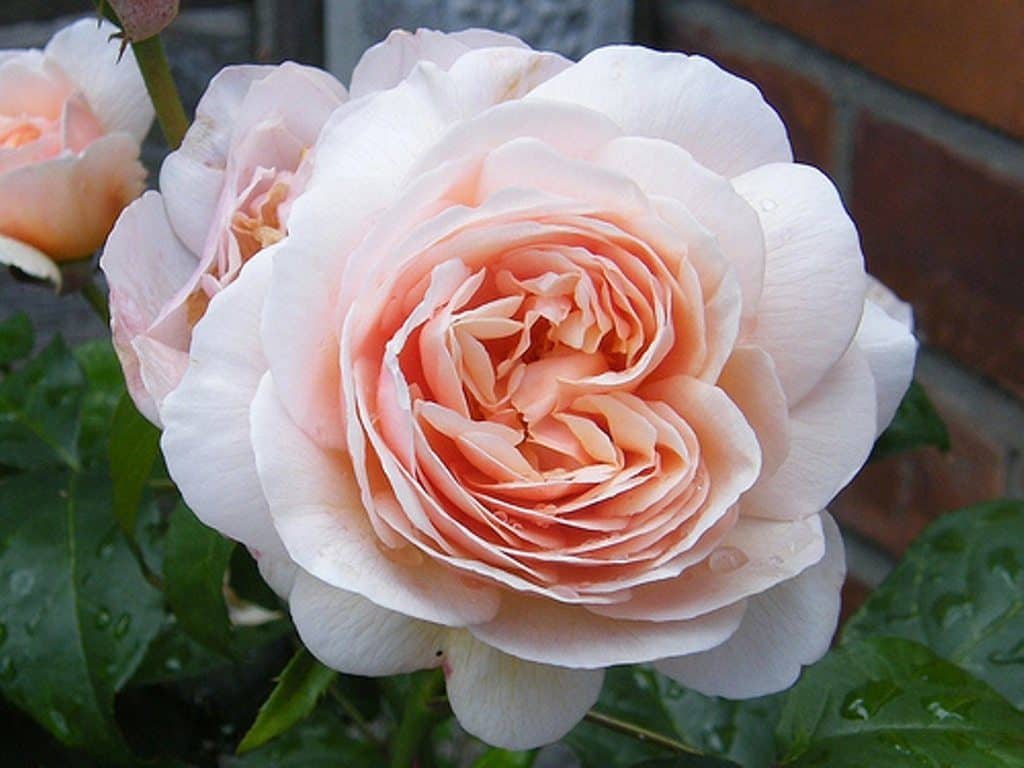 Costing sixteen billion dollars, Juliet rose is the second expensive flower in the world. It is also called David Austin wedding rose. This flower is of pale peach color. It is popularly seen at expensive weddings and events. This flower has around 90 petals and lives up to six to seven days when putting in a vase. These flowers blossom all the year and sold in ten stem bunches. Amazon is selling this flower seeds, but it is not known if they are genuine or not. 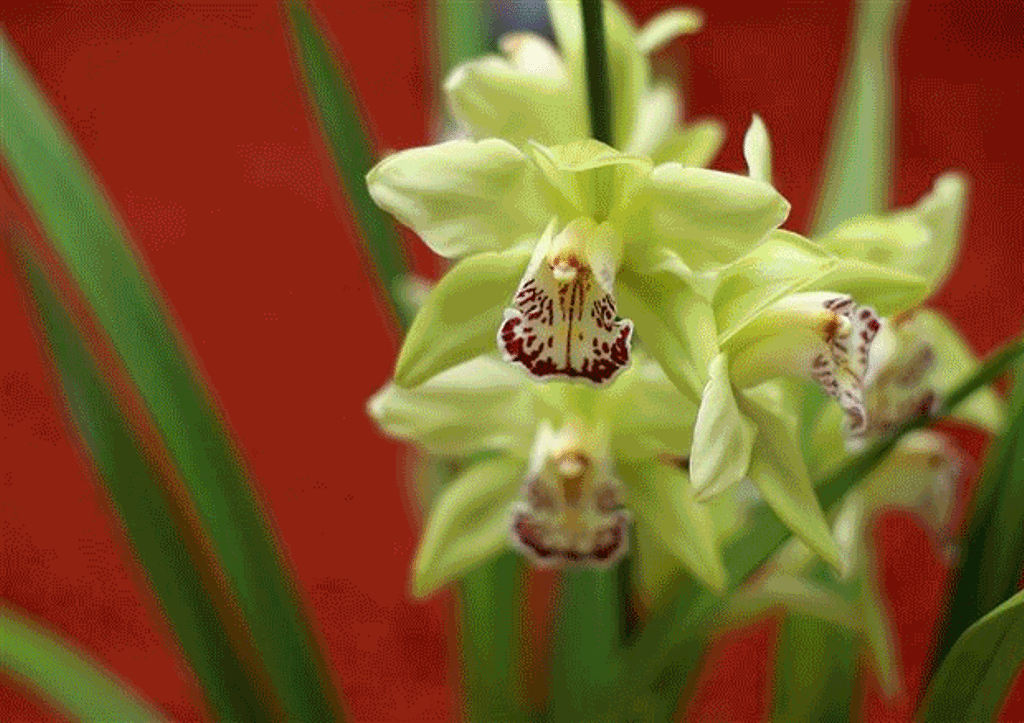 This flower was not grown naturally but was developed in a lab, by some researchers, in China. The time it took for the first flower of this breed to grow was eight years. It was then sold at an auction for 1.68 million Yuan. The cost of this flower is 202000 dollars. The flower is expensive because of its cultivation, appearance, rarity, and background. 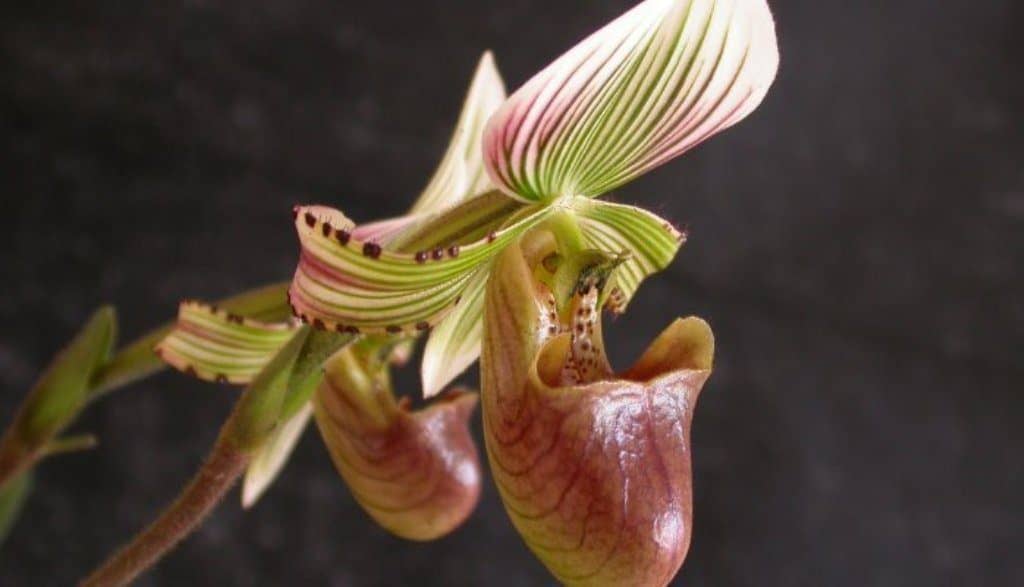 This one has the perfect look for an expensive flower. This flower can be found only at the Kinabalu National Park in Malaysia, where it is grown in a terrestrial environment. This flower was seen in one of the TV shows Penny Dreadful, in an episode. One stick of this flower would cost you five thousand dollars, that too in the black market. 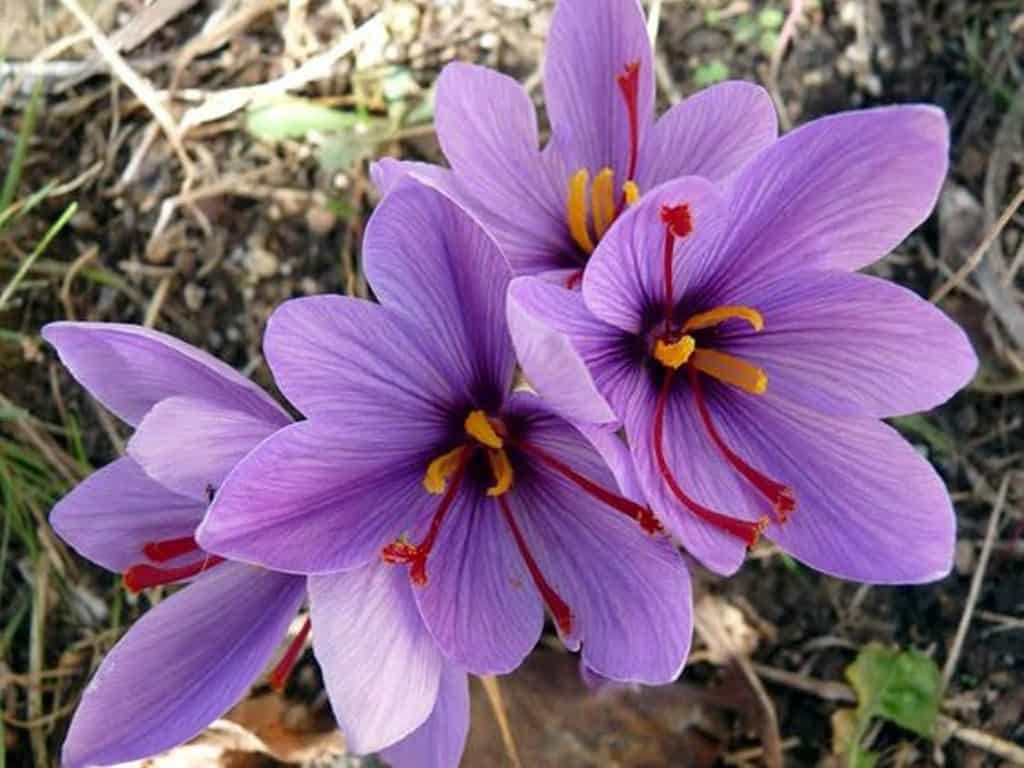 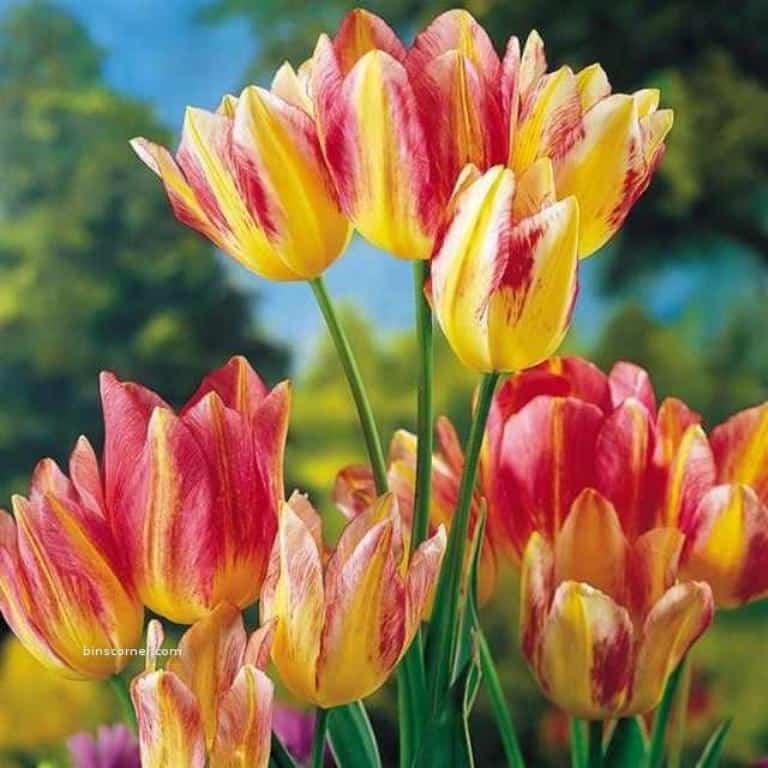 The tulip bulb has an intensely saturated petal color and is commonly famous as a luxury flower. These tulips cost as much as houses and are commonly found at the Netherlands, the flower shop of the world. Yet, these flowers are not native of Netherlands and are rather found at the mountain ranges in Asia, at Afghanistan, Kazakhstan, and Tajikistan. This flower has a variable price of around 5000 euros. 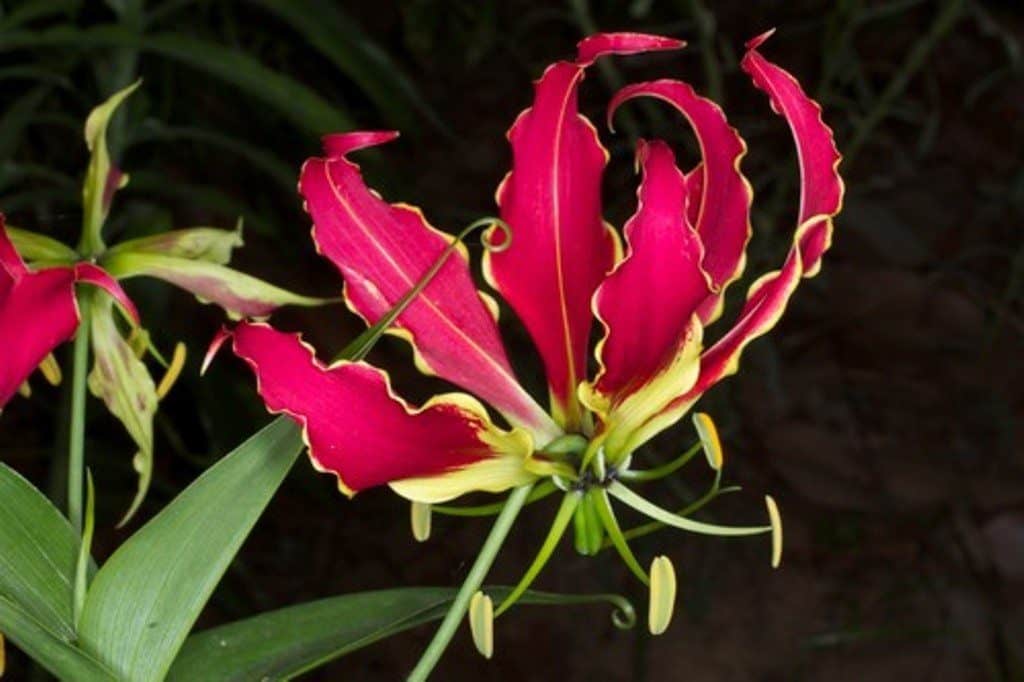 This flower is the native of Asia and South Africa. It is very unique flower and is thus, expensive. The flower looks beautiful and has to change color from its tip to the center of the flower. The length to which the tips of this flower can grow is three meters. These are sold in the terms of vines and cost around five to ten dollars per vine. All parts of the flower are dangerous and toxic if ingested. It is called Naabhi in Telugu and is the state flower of Tamil Nadu. 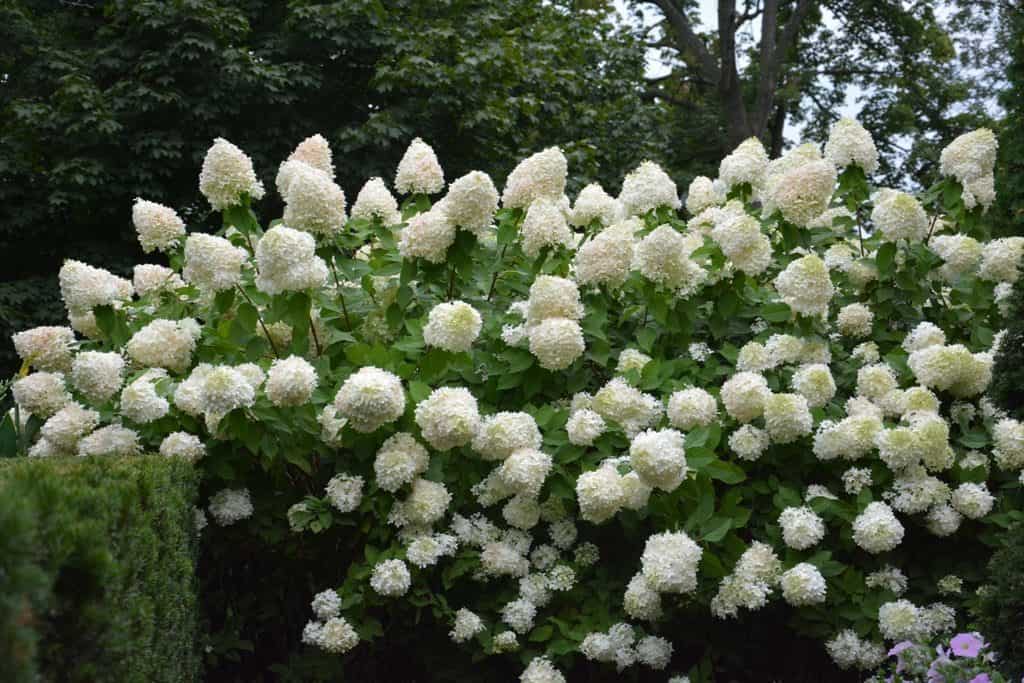 This flower is native to southern and eastern Asia and America. These flowers blossom in purple, violet, blue or pink colors. These are also sold in the metric of stems and these cost you two dollars to seven dollars per stem if they belong to the original variety. They blossom from spring to autumn seasons and are ornamental plants, grown for their large flower heads. These also contain diuretic properties and also used as medicine to treat urinary tract infections. 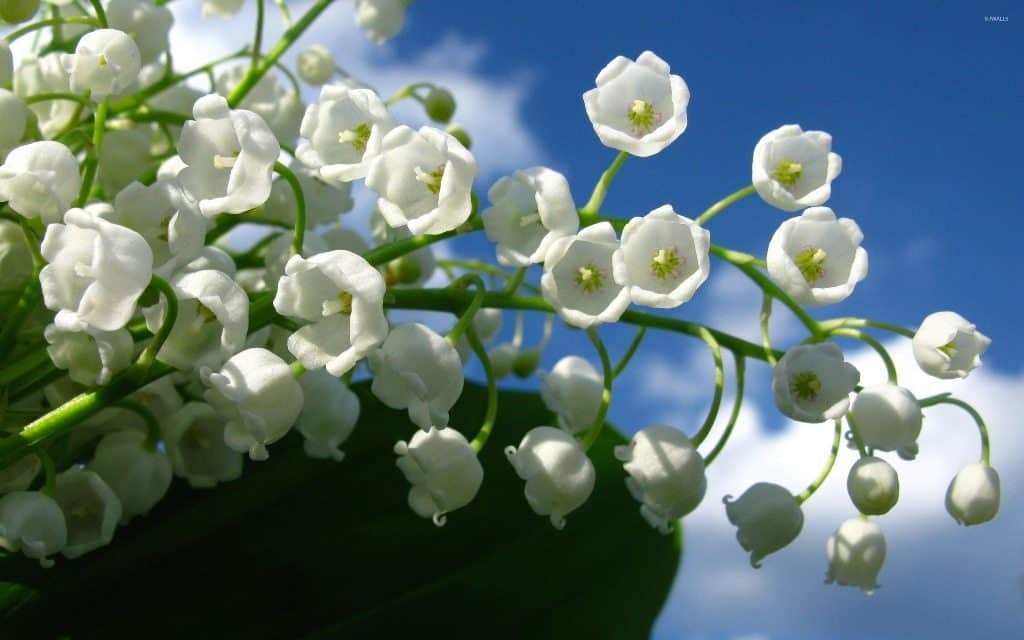 This flower looks white in color, also similar to the common lily. The scent of these flowers is sweet but their properties are highly poisonous. They can be found in Asia and Europe. This lily is also called as Our Lady’s tears or Mary’s tears, which, according to the Christian Legends is said that this flower originated from the tears of Virgin Mary, during the crucifixion of Lord Jesus. The cost of this flower is 143 to 350 dollars if purchased in the form of a bouquet. 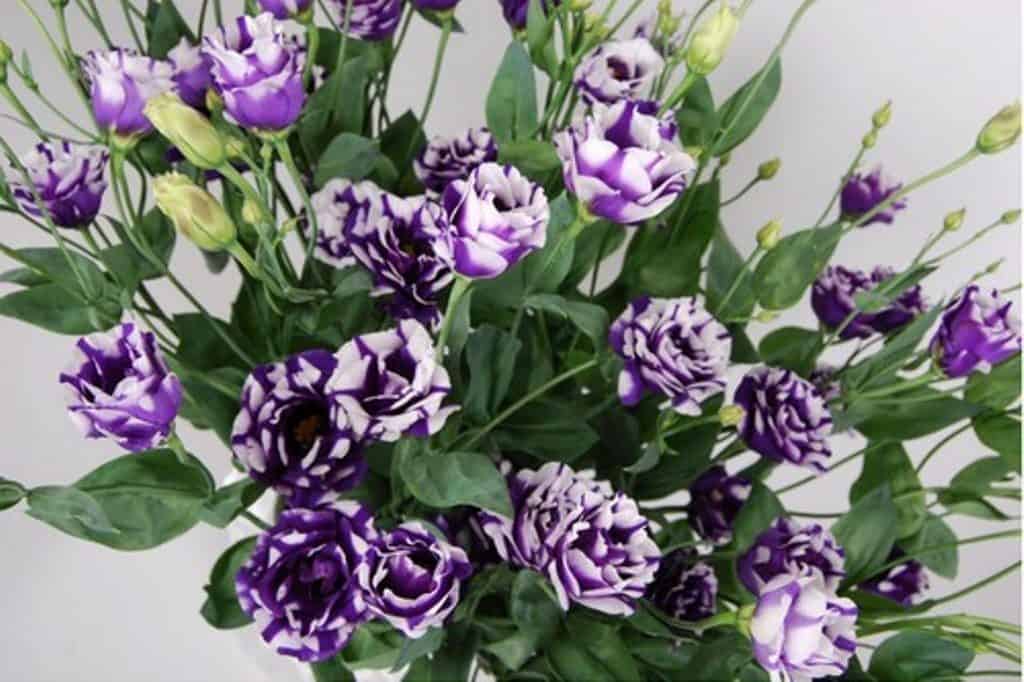 This flower is seen with a blend of white and purple colors. This name of the flowers comes from the combination of two Greek words, which mean smooth flower. These flowers are native to the southern United States. These flowers need maintenance and cannot be grown easily. These grow usually up to three feet tall and are sold at two dollars to four dollars per stem. 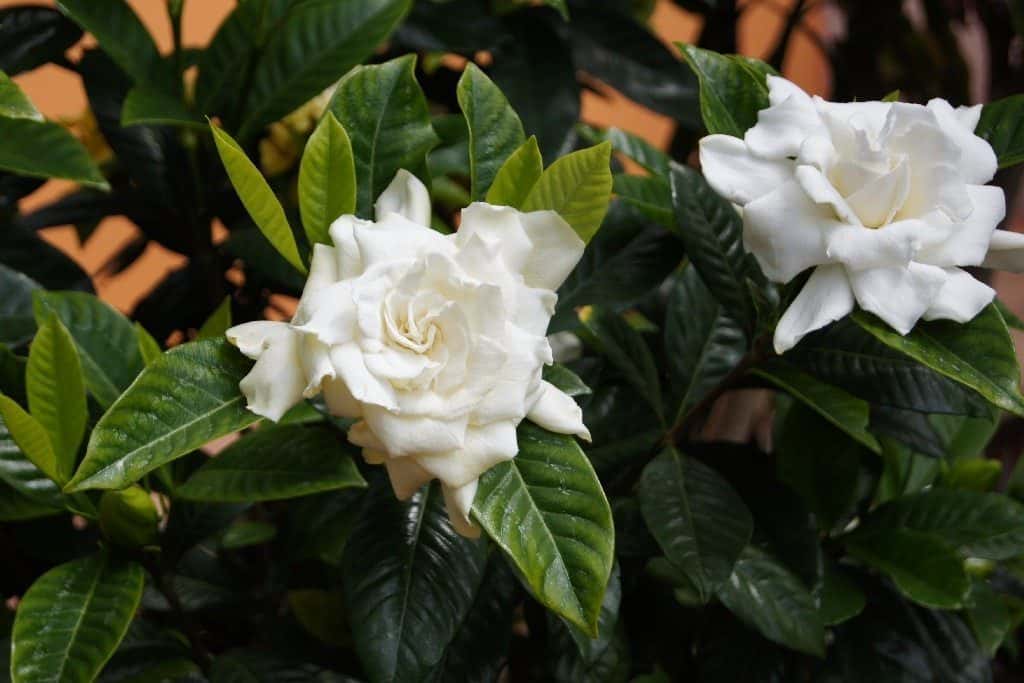 The Gardenia flower is white in color. These flowers are known for having a very sweet scent and can be grown all year long. The cost these flowers carry are all due to their scent properties. These can also be used for decoration and stay floating in a bowl for about one week. These flowers are sold at twenty dollars per bloom. 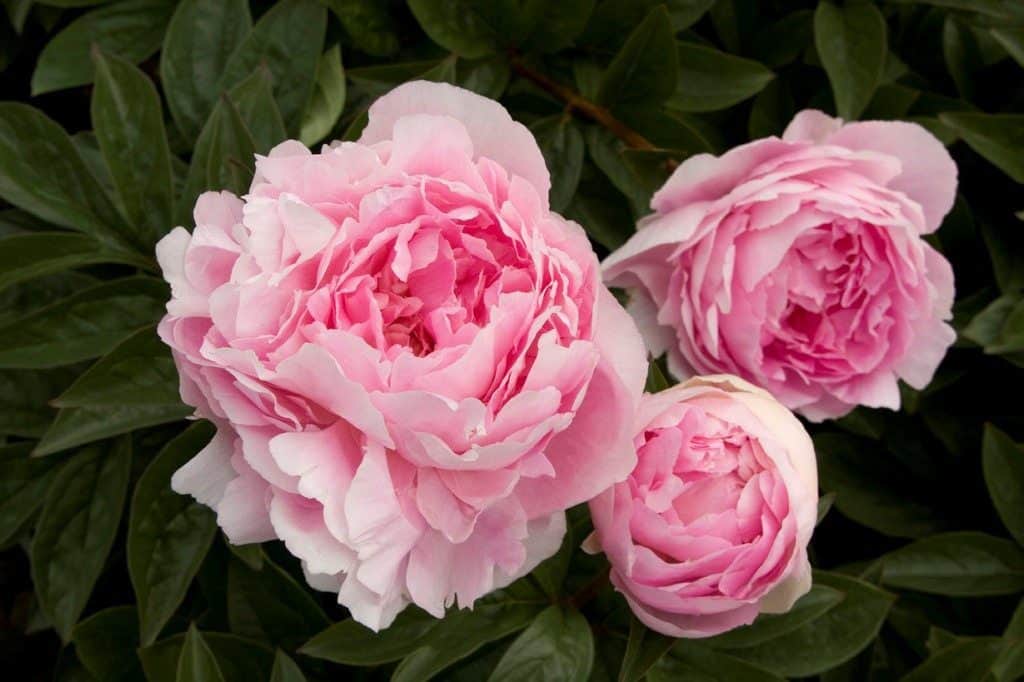 Peony flower looks similar to a rose but is bigger than it. These flowers look so beautiful and soft to touch. These carry a darker baby pink color and are sold more in the summer months of April, May and June, which is probably the time when they blossom. They cost double than the roses do and are priced at fifteen to twenty dollars at the peak seasons. 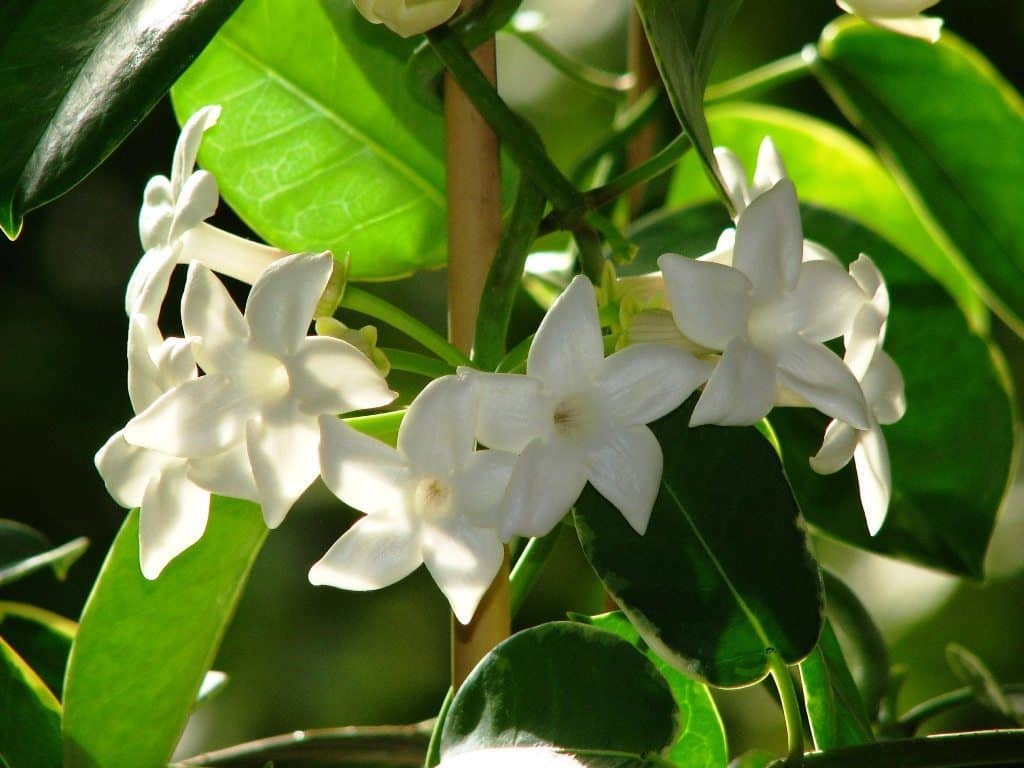 The breed of Stephanotis flowers is also white in color. They look small but are priced at three to eight dollars, each flower. They give out the sweet scent and are beautiful and these two reasons are enough to guess why they have come under the list of most expensive flowers. These are generally seen during events like weddings and parties. Though expensive, these flowers are easily available. 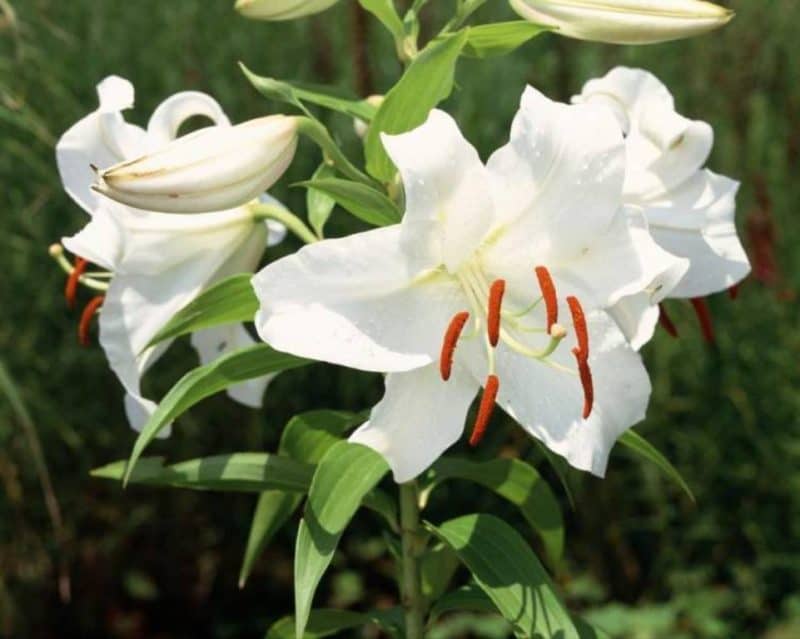 The Casablanca Lily is a beautiful flower, which grows three to five numbers, in a stem. These flowers are also known for having awesome fragrance and are used in the manufacture of perfumes. They cost you around four dollars per stem and have an irresistible appearance. The flower is a blend of pink and white and is long and thin. These are perfect for display, gifting and fragrance purposes. 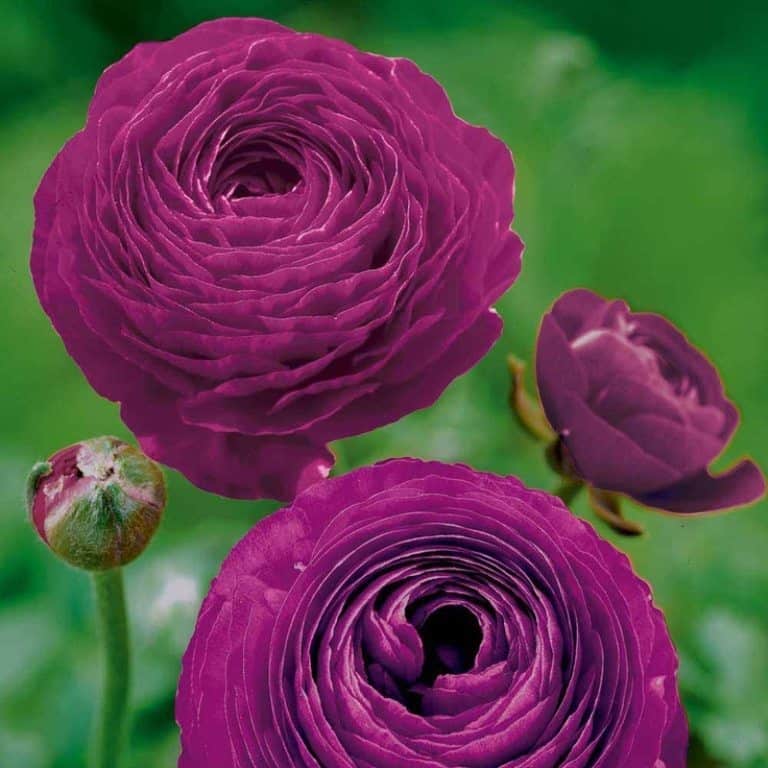 One breed of flowers, which grow in a wide variety of colors, are ones from the Ranunculus. You can find them in colors like yellow, light and dark pink. They look beautiful and are replaceable to roses. Two except the varieties of colors of flowers available, are grown throughout the year. The cost of this flower is three dollars per stem. 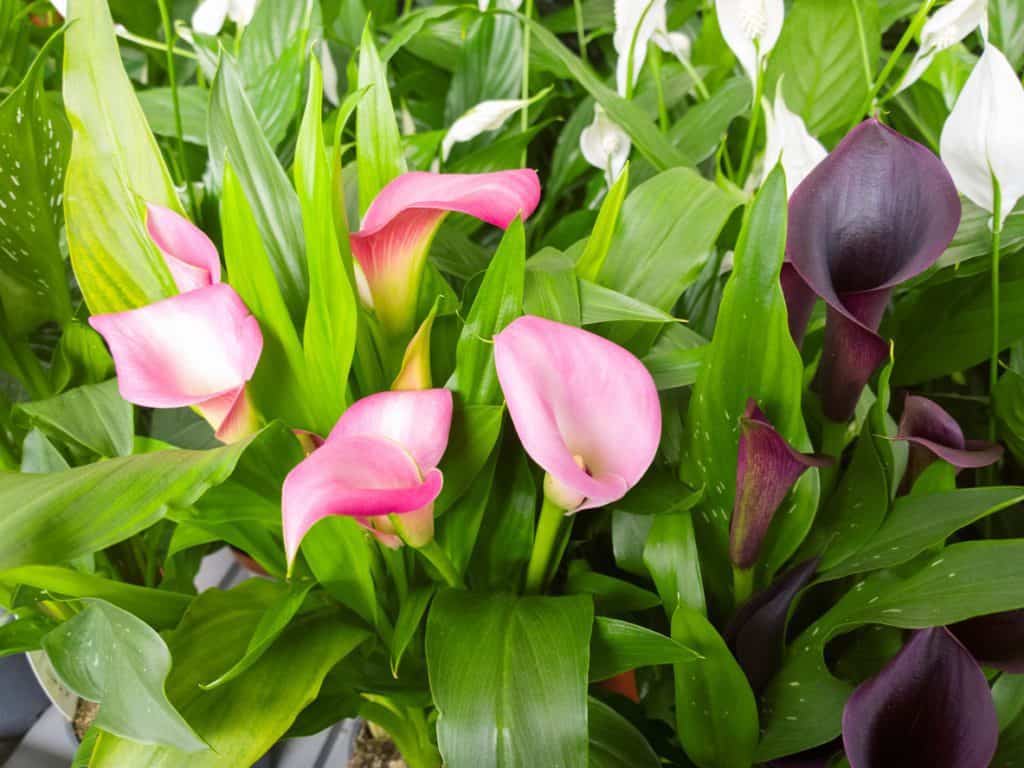 The Calla lilies are one of the most expensive wedding flowers. They are also called Arum lilies and are native to South Africa. These can cost you around five dollars per stem and are mostly seen for decoration purposes. 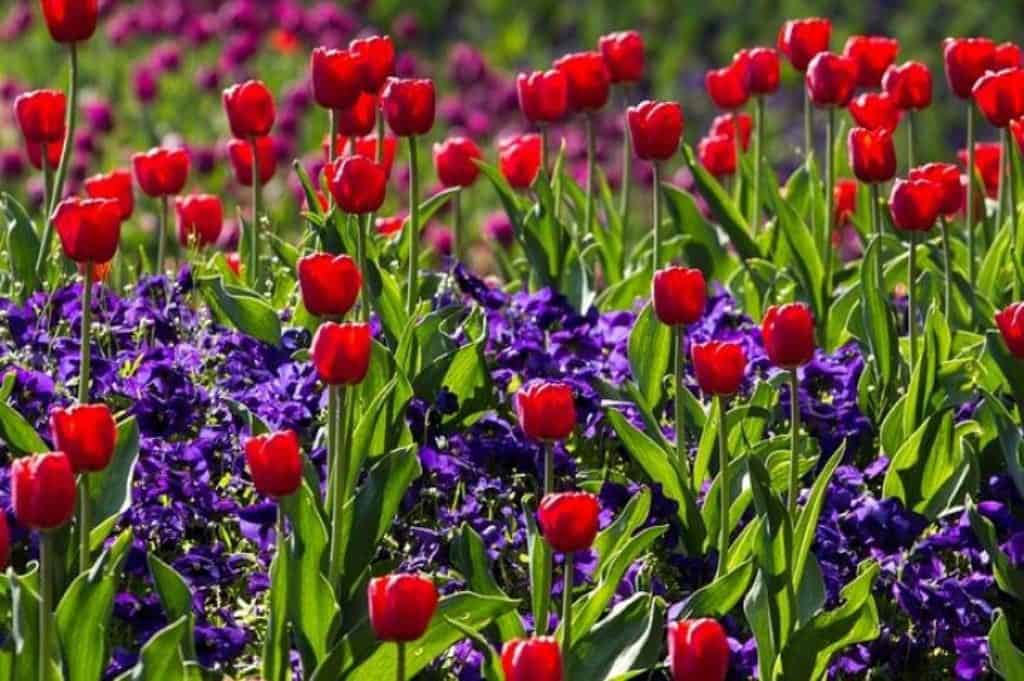 The tulip flowers are a common sight. Selling at a price of two dollars per stem, they serve a perfect purpose of decoration. They can also be gifted. These are beautiful and also come in double tulips. They are generally ordered for decoration purposes in weddings. Tulips were also used as currency and are known to be traded. 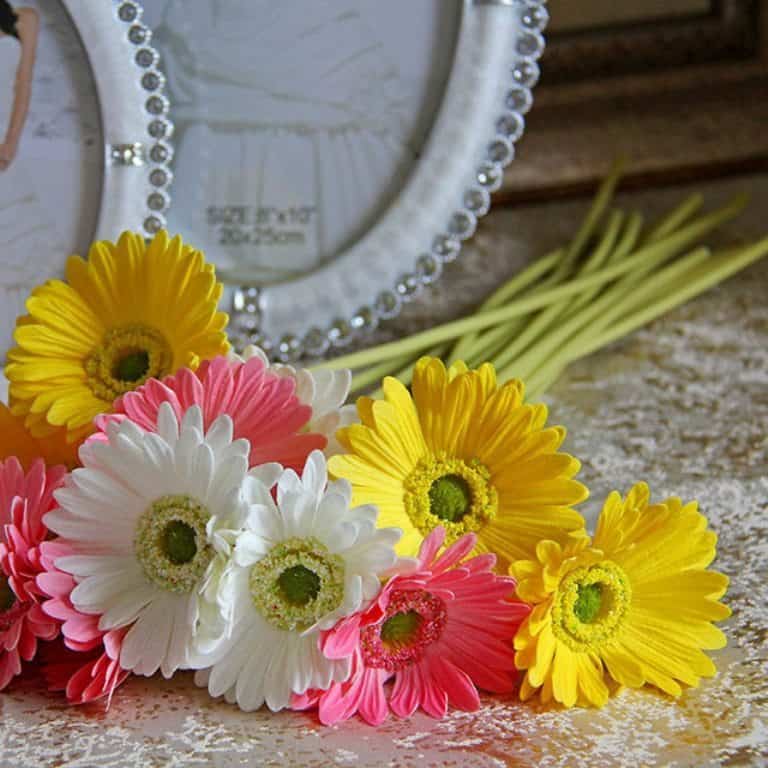 The Gerbera Daisies are natives of Africa, Asia, and America. These are perennial in nature and are a blend of Yellow, Orange, pink, red and white colors. This is the fifth most used cut flower in the world. It is used as a decorative garden plant and its single stem may cost up to two to three dollars. 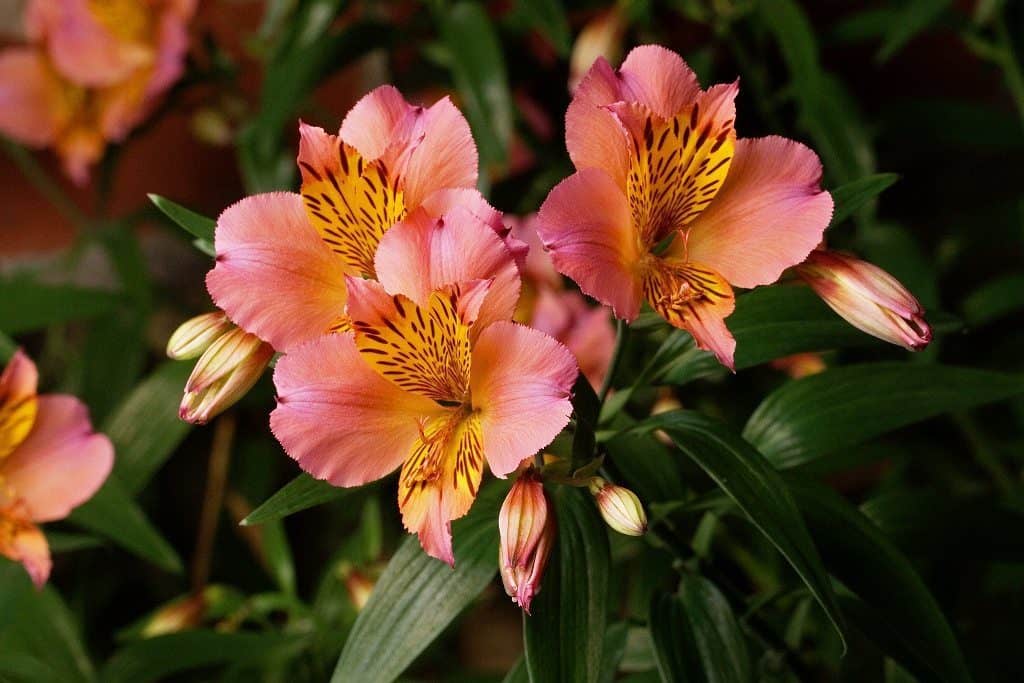 Commonly called the lily of the Incas or Peruvian lily, these flowers come yellow in color. They are commonly found in areas of Australia, New Zealand, Mexico, and Peru. They are also grown in Chile and Brazil, during the winter months. These are miniature lilies, used for decoration purposes also. The cost of this flower is around three to five dollars per stem. 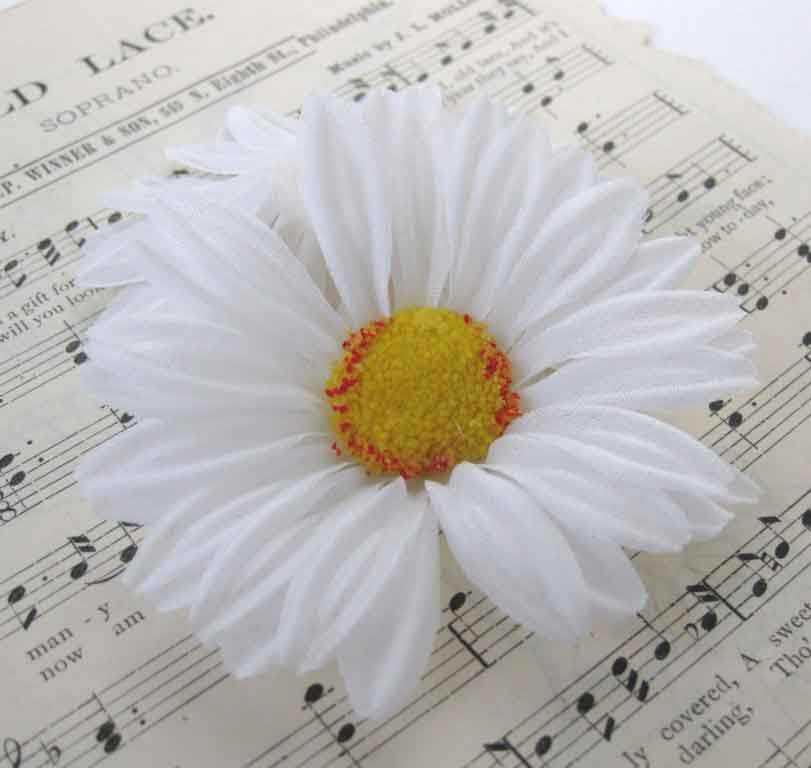 These are white in color and carry no fragrance. These are also used for decorative purposes and are natives of Africa and South America, costing around two dollars per stem. These flowers blossom in Cushion, Spider and button shapes as well. They last up to ten to twelve days. 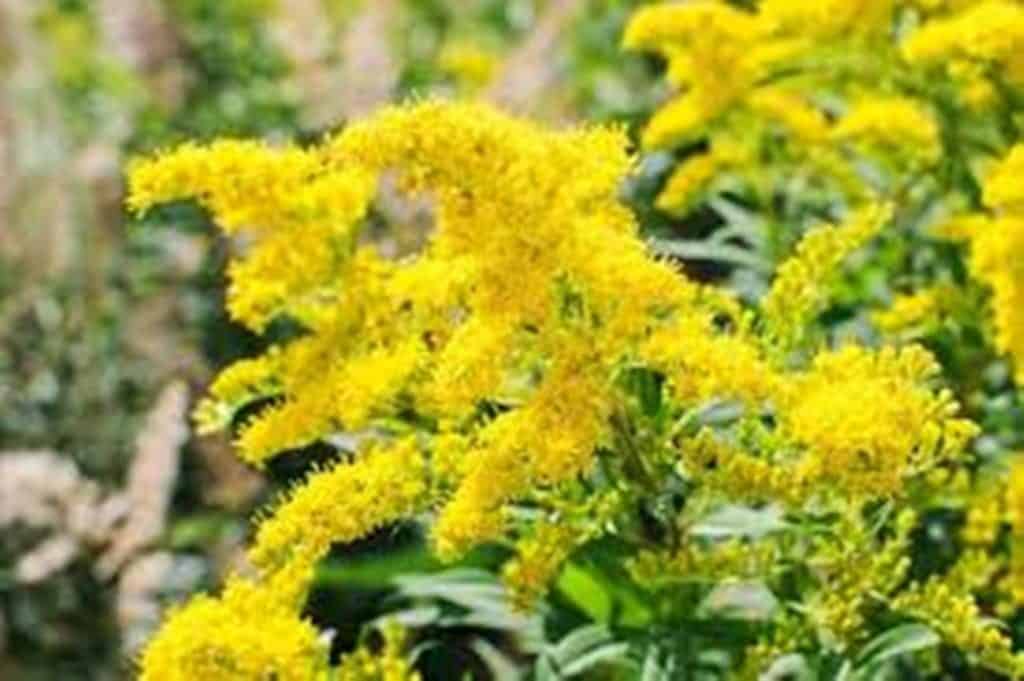 A native to North America, Solidago flower is commonly known as Golden rod. Their appearance is also similar to a golden rod and this flower is edible. They are used for making tea and are considered to be good luck to a person. Often, honey is also made from the flower and it also carries medicinal properties. They are also used for decorative purposes and are most commonly seen as wedding bouquets as well.

I hoped this article has caught your attention! Drop your comments below and keep following for new articles!! Cya!

And this beauties are worthy of such price :love :good:

Wowww…. They all are so beautiful :rose:

They are really wonderful creations of nature!!